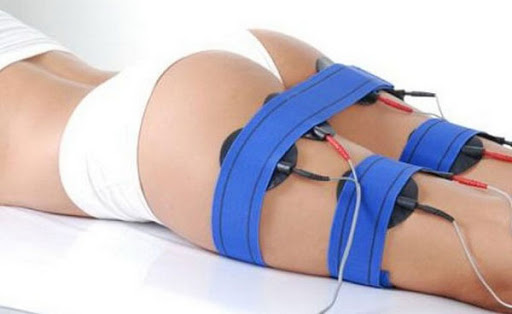 Whether you want to activate your muscles and improve your fitness performance, go through quicker muscle recovery, or simply massage away everyday aches and pains, electrical muscle stimulation (EMS) provides the perfect solution. Electrical muscle stimulation is becoming more and more mainstream because it was initially not widely known about and only later administered by physicians and physical therapists. Today, electric muscle stimulation is accessible to everyone--from professional athletes and trainers to fitness enthusiasts, weekend warriors, and more.

EMS sends electrical signals through the electrode pads to different areas of the body where the pads are located, and muscles in those areas are therefore contracted. This unit is a powerful and risk-free device to stimulate the muscles.

The earliest known use of electric muscle stimulation dates back to around 500 BC. Over 2,000 years ago, the Egyptians discovered that certain fish emit electrical impulses; thus, these fish were used to treat pain. The Greeks and Romans followed suit, leveraging the electrical properties of fish like the electric ray to ease various ailments. Fast forward to the 18th century when in 1745, German physician Altus Kratzstein wrote the very first book on electrical therapy, asserting that muscles could be manipulated via electrical current. Another notable discovery later that century was that of Italian physician and physicist Luigi Galvani’s work on bioelectricity in animals. He experimented with passing an electric current through a frog’s spine to control muscle contractions in its legs. Interestingly, writer Mary Shelley was inspired by the concept of what became known as Galvanism--the idea that scientists could manipulate electricity to stimulate, or restart life. This formed the basis of her well-known work, Frankenstein.

EMS is a wonderful tool for weight loss, especially when used in conjunction with a healthy diet and regular exercise. This procedure non-invasively increases heart rate, skin temperature, and metabolic rate, which helps the body use more energy to remove fat. By triggering the body’s natural fat burning and muscle toning processes, weight loss is a very achievable result with electrical muscle stimulation. By enhancing muscle strength and endurance, while aiding in the breakdown of fat, electrical muscle stimulation is a next-generation technology that has been loved in every field from medicine to beauty. Introducing the Fit Moderna: a new and more complete way to offer electrical muscle stimulation and cupping therapy in one easy-to-operate, touchscreen system. This machine reduces fat via neuromuscular stimulation, forcing muscles to contract and stimulate better muscle tone while fat is burned as an energy source in the process.

How to Launch & Run a Successful Spa

Once you have become a licensed esthetician or completed a similar certification, a huge step is...

The Art of Cupping Therapy

The Magnificent Merit of Microneedling